How easy and difficult it is to write about Bogas. There are so many things to say. We’ve been connected to each other since he was 3 weeks old. He was so small when he first entered home, he could hardly stand on his feet, as the floor was very slippery. The cutest thing ever!

I was in another relationship at that time. I remember we hardly slept on the first night. Every time he woke up, we got up to comfort him. In the morning, I was exhausted and I thought: “that’s it, my life just ended”.

The impact was strong, also because I was having acupuncture sessions to reduce anxiety, as I was passing through great professional changes and wishing to change even more. My anxiety was higher than ever, because one of the temporary effects of acupuncture is to experience stronger symptoms.

He was born in a camping place and his mother was no longer with him, only his brothers and sisters who were being adopted, just like him. I felt a kind of a commitment between me and him and a feeling of acceptance and tenderness overflowing from my heart. He was so fragile and so powerful at the same time. A baby from another animal species. I completely gave myself to the choice of being there for him.

I was going through a huge life change: quitting a job as a psychologist, moving from the suburbs to the center of Lisbon and starting working as a vegan cook in a restaurant. In the meantime, I spent four months with almost no job at all and so I was the main person in Bogas’ life. We built a strong relationship between the two of us. He was such a tender friend and yet a big challenge.

He was growing up fast and I realized he was the most energetic dog I’ve ever met. I was walking him four or five times a day, not less than one hour each time. He could rest for about one or two hours and he quickly was back in shape, ready for the next walk. It came to a point that I used only the stairs, instead of the elevator (we lived on the sixth floor), just to tire him more. At night, he played as much as possible before sleeping.

We felt the pressure to educate him the best we could. I’ve never felt totally engaged with the idea of not giving him the freedom he deserved. He got used to almost never using a dog leash, because we usually took him to a hill in front of our home, where he could be at ease, playing with stones, eating grass and socializing with other animals and people. This was really great to him, but the fact he lived in an apartment, which still happens, and having all the social pressure to behave in certain ways, didn’t seem to fit into his nature.

He has always been kind and friendly, extremely enthusiastic and very affectionate. I always could feel his pure heart, just by looking in his eyes, watching him expressing his desires. He learned how to seat as a way to ask for anything, so he does that every time he wants something. I sometimes see this as one more silly thing we teach dogs, but at the same time, how lovely can that be? He does it in such a beautiful way, you should see him. Can you imagine the most impatient dog seated still and focused for more than fifteen minutes, waiting for his wish to come true?

He also learned how to walk on his own without a leash on the sidewalks of Lisbon. It seemed to be fine for us, but sometimes people didn’t react so well. We then bought him a long dog leash, to give him as much freedom as we could, before we free him in the parks. It’s amazing how he never goes too far away from us, even without a leash.

The biggest challenge of all is including him and other people in the same context. Not because he doesn’t like people, it’s actually the opposite. He loves people. He loves them so much, that everytime someone comes to our place, he wants to play and play and play. If people don’t interact with him, he gets annoying, puts his legs on them and even barks out loud.

After five years and a half, most of our friends and family still don’t know him at all, as they usually see him in his euphoric play mode.

We get many contradictory comments on his behavior. Somehow, I thought I had to please others. Every time someone came to my place, I was so worried about how Bogas would react, that sometimes I got mad at him. When people left and Bogas went to sleep, as he completely changes when the “party” is over, I felt bad. My priority was him, in this case, and I was actually giving more attention to people’s needs, rather than standing firm on my own choices and convictions.

Many times, I felt frustrated for knowing how marvelous he was and wishing people would give him a chance. I wanted him to be truly loved. I guess I forgot how profoundly he was already loved by the Infinite Universe that created him. I can only look at this as a lesson, teaching me to accept everything as it is, without letting external conditions take me away from my true beliefs and priorities.

Me, Vasco and Bogas

When Vasco came into my life, bringing all the lovely and demanding changes that occurred, I completely felt the need to strengthen myself. I was working on my own, having my beloved restaurant and all the adventures that were part of it. Meeting each other was a perfect alignment and Bogas was part of that too.

I knew Vasco would be another “me” in Bogas’s life, but that would take a while. In the meantime, he would see him through the limited eyes of someone who can’t see him at all. So, I filled myself with courage and I told him that Bogas and I were precious and that it would be a privilege to be part of our lives. He hugs us till this day.

Over the years, I learned how to become more peaceful about Bogas. I appreciate is role and I more easily accept and find strategies in order to meet our needs.

We also met a holistic vet who helped us a lot, not only by changing his diet into a more natural one, making his body cleanses, but also by showing us a deeper comprehension of his way of being. I’ve never seen Bogas so patient in a vet´s office as I’ve seen in this one.

I keep this idea in mind that I will soon give Bogas a place full of trees, colorful flowers, and stones for him to play and feel free. I know how I still have to allow in order to help him live his true magnificence and I also know that, by doing it, I am instantly living and accepting my own nature as well.

Bogas enriches my life on Earth, whispering encouraging feelings of love and compassion. He never gives up and, yet, he shows up humble. He remains as he is, he accepts the conditions, he holds no grudge and he plays all the time. Every day, he reminds me how good it is to be alive. Thank you, Bogas. You’re perfect, just as you are. 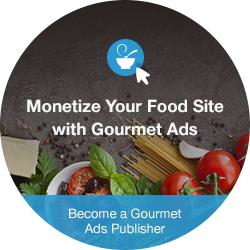